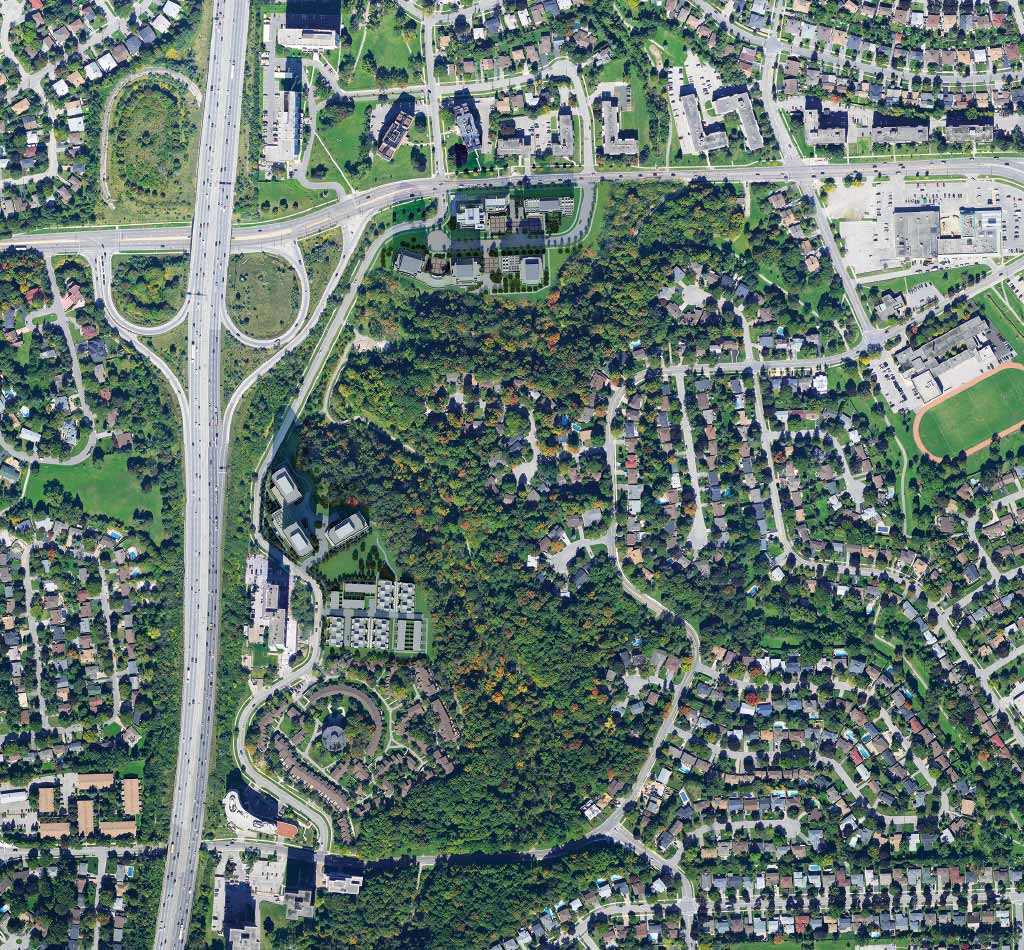 The Ravine community is set alongside picturesque Brookbanks Park and Deerlick Creek. This park system offers recreational amenities with connections to a web of walking and hiking trails and playgrounds.

Toronto is known as the Ravine City and is renowned for its vast parklands — though few local areas have maintained the natural harmony like this one. This York Mills district offers the perfect balance of urban living and natural wonder. The Ravine has been designed not only to maintain that appeal, but enhances it with architecture that welcomes the surrounding environment directly into its private and public living spaces. 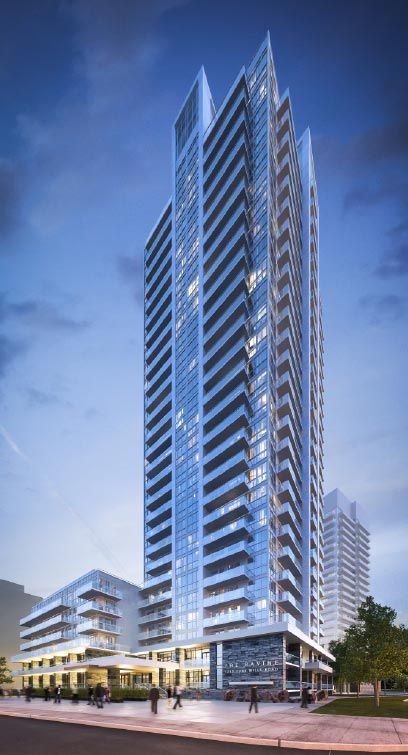 Welcome To The Ravine

Arguably the city’s most distinctive topographical landscape, Toronto’s Don River was formed more than 12,000 years ago from receding glaciers, leaving behind this remarkable setting. With its North-South orientation, the Don Valley has left an indelible mark on the city’s evolution, creating thriving communities alongside this spectacular topography.

One of those is the adjacent Don Mills, designed as a master-planned, mixed-use community in the 1950s, the neighbourhood has been recognized as one of North America’s best examples of post-war urban planning. With its modernist designs and easy vehicular access to downtown, Don Mills achieved immediate success.

The legacy continues with The Ravine, contemporary residential living in the landmark location of Toronto’s greenbelt heartland.

The Beginning of a Landmark Community

It’s rare to have the opportunity to create a master-planned community where everything from building architecture to landscaped pathways and open spaces are designed to integrate seamlessly with the surroundings. The transformation begins with the community’s inaugural building. With its use of natural materials, cascading canopies, and glass facades, this landmark building is destined to become one of York Mills most sought after residences and will set the tone for future phases.

The Evolution
From here, The Ravine community will include seven condominium residences totaling approximately 1600 suites. This new neighbourhood has been meticulously planned to harmonize with its natural surroundings, inviting residents to live and play in Toronto’s beautiful ravine system.